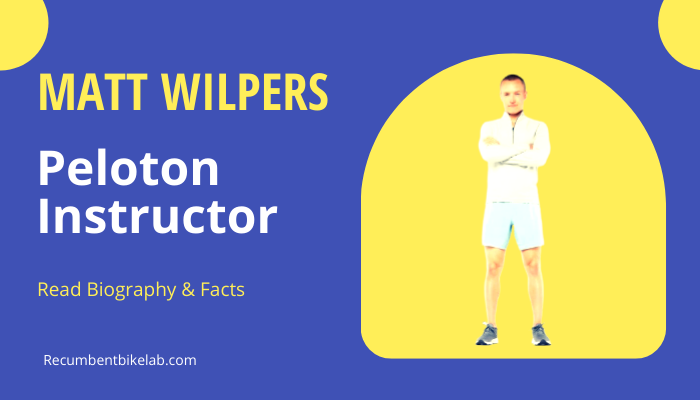 Matt Wilpers was born in Sydney Australia in 1988. He started riding bikes at age 5, and has been involved in cycling ever since. He began competing in triathlon events at age 12, and continued racing throughout high school and university. After graduating from University he moved to London to pursue his dream of becoming a professional cyclist.

In 2012 Matt joined the Professional Cycling Academy (PCA), where he trained alongside some of the world’s best cyclists including Mark Cavendish, Peter Sagan, Marcel Kittel, Luke Rowe, Simon Gerrans, Daryl Impey, and many others. During his time there, he won two stages in the Tour de France, one stage in the Giro d’Italia, and finished second overall in the Tour Down Under.

After leaving PCA, Matt decided to take up teaching, and became a certified instructor with the American College of Sports Medicine (ACSM). Since then he has taught hundreds of students across the globe, and continues to teach today.

In 2012 Matt joined the Pro Cycling Academy (PCA) where he trained alongside some the world’s greatest cyclists such as Mark Cavendish, Peter Sagona, Marcel Kittel, Lukas Eigenmann, Luke Rowe, Simon Garrns, and many others.

While training there he won two stages in Paris Roubaix, one stage in the Tour de France and finished 2nd overall in the Tour Down under.After leaving PCA, Matt chose to become an instructor. He now teaches hundreds of students across the world and continues to do so today.

Matt grew up in Sydney, Australia with his parents and sister. His father played rugby union while his mother was a competitive swimmer. They both encouraged him to participate in sports and he excelled at everything he tried. At age five he started riding bikes and has been involved in all aspects of biking ever since.

Matt began racing triathlonts at age 12 and competed in over 100 races before attending college. He went on to race in the ITU World Triathlon Series multiple times, winning two silver medals and finishing 3rd overall in 2011. He also placed 4th in the men’s elite category in the Ironman Hawaii in 2010.

During his senior year of college Matt began working full time at the PCA. There he trained alongside some of cycling’s biggest stars such as Mark Cavendish and Peter Sagan. In 2012 he won two stages in Roubaix and one stage in the Tour De France. He also finished 2nd overall in Tour Down Under.

After leaving PC A Matt decided to take up coaching. He currently coaches around the world and continues to train with the same intensity he did when he was racing.

He attended the University of Western Australia where he studied Psychology and completed his degree in 2013. He also spent three months studying abroad in Italy during his last semester. Upon returning home he decided to move back to London to continue his career as a professional cyclist.

When training with the peloton, Matt prefers to ride alone, but sometimes rides with teammates if they’re going out together. His favourite activities are long distance road races, such as the Transcontinental Race, and criteriums.

His favourite activity is long distance road racing, especially the Transcontinental Race. Matt enjoys spending time outdoors and playing sports. He loves being active and getting out there and exploring new things. When he isn’t riding bikes, he likes to play soccer, basketball and golf.

Matt is married to Sarah and together they have a daughter named Ava who is four years old.

As of 2019, Matt has a net worth of $10 million dollars. He earned this wealth through sponsorship deals, prize winnings and endorsements.

Matt has a passion for music, especially rock and metal bands. He enjoys playing guitar, listening to music, and watching movies. When not working, he likes to spend time with friends and family, go hiking, and play video games.

Matt uses Instagram (@mattwilpers) to share photos of himself and his bike. He also shares photos of his travels, and posts motivational quotes.