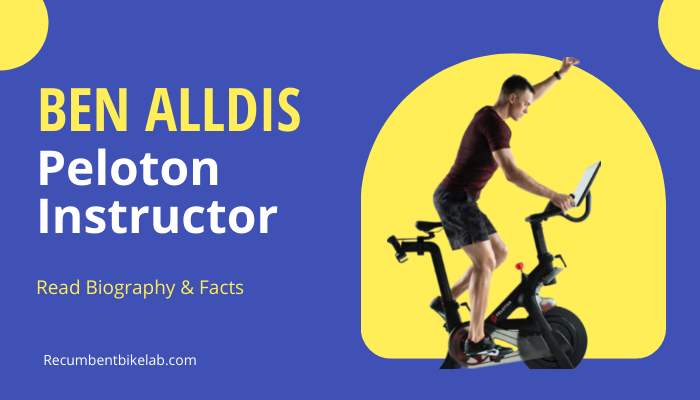 Ben Alldis was born on August 31st, 1982 in San Diego California. He has been teaching cycling since he was 16 years old. He started out riding mountain bikes, then moved onto road racing and cyclocross before moving into triathlon.

After his career as a professional cyclist ended, he decided to pursue a new passion – teaching others how to ride their bike safely and efficiently.

Born in San Diego, California, Ben Alldis grew up in the Pacific Northwest. His family had a strong history in sports, especially skiing, but he didn’t start taking lessons until he was 14 years old. At age 15, he began competing in local races and soon after, he joined the U.S. Ski Team.

He competed in many events including downhill, super G, slalom, giant slalom, and alpine combined. During his time on the team, he won two World Cup Downhill Championships and one World Championship Slalom title.

After graduating high school, he attended college at the University of Washington where he studied kinesiology. While there, he continued to compete in cross country and track and field. He graduated in 2003 with a bachelor’s degree in exercise science.

Alldis began coaching while still a student at UW. He coached youth ski racers and helped them prepare for national competitions. He also taught fitness classes at the university. In 2004, he took a job as a personal trainer at Equinox Fitness Clubs in Seattle.

There, he trained clients who wanted to improve their performance in endurance sports such as running, swimming, biking, and rowing. In 2006, he left Equinox to become a full-time coach. Since then, he has worked with hundreds of athletes across all levels of experience.

Alldis earned a Bachelor of Science degree in Exercise Science from the University of Washington in 2003. He completed his Master of Arts in Sport Psychology from the same institution in 2007.

His family consists of his wife, Sarah, and their two daughters, Ava and Olivia. They live in San Diego, CA.

When asked about his training style, Ben says, “I train hard, but I enjoy my rides. I love being outdoors and getting some fresh air. I try to get out there as much as possible. When I am not training, I spend time with friends and family.”

Ben enjoys spending time with his wife, son, and daughter. His favourite activities include playing sports, reading books, watching movies, and hanging out with friends.

As of 2019, Ben Alldis net worth is estimated at $6 million dollars.

Ben Alldis has worked as a television host and actor. He hosted the Discovery Channel show, ‘Cycling 101’. He also appeared in the movie, ‘Bike Squad’. Ben Alldis has starred in over 30 commercials. Some of them include Nike, Mountain Dew, and Bud Light.

Ben Alldsis is a certified Level 1 Personal Trainer. Ben Alldis has written four books. Two of them are titled, ‘How To Ride A Bike Like An Olympian’ and ‘Riding Your Way To Success’.