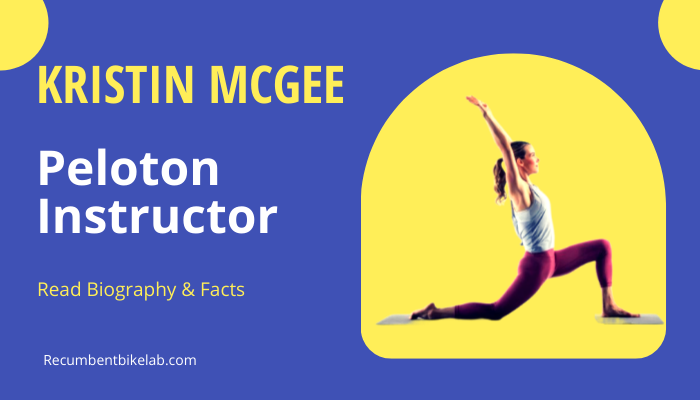 Cristin Mcgee was born in New York City, New York, United States on April 11, 1986. She is an American fitness instructor who has been teaching Pilates since 2007. She started her career as a personal trainer before she became a certified Pilates instructor.

She has taught classes at various gyms and studios across the country including Equinox Fitness Clubs, Crunch Gym, Pure Barre, SoulCycle and LA Boulders.

McGee grew up in Brooklyn, New York and attended Stuyvesant High School. She graduated from Pace University with a bachelor degree in psychology. She began her career as a personal training assistant at Equinox Fitness Club in Manhattan.

After working there for two years, she decided to pursue a career in health and wellness. She enrolled in the Pilates Method Alliance program and received certification as a Level 1 Certified Pilates Matwork Specialist.

Her mother is a former model and actress. Her father is a retired police officer. He served in the NYPD for over 30 years. His family includes his wife, three children and five grandchildren.

Mcgee made her debut into the entertainment industry in 2004 when she landed a role in the movie, The Last Song directed by Nicholas Sparks. Since then, she has appeared in many movies and television series. Some of them are: The Sisterhood of the Traveling Pants 2, Love Don’t Cost A Thing, The Wedding Planner, The Perfect Holiday, The Secret Life of Walter Mitty, Grown Ups, The Other Woman, and I Am Number Four.

She studied at Fordham University in Bronx, NY. She received her Bachelor of Science Degree in Dance Performance in 2006. She continued her education at the University of California Los Angeles where she earned her Master of Fine Arts Degree in Acting in 2009.

Mcgee enjoys spending time with family and friends. She loves going out to eat and shopping. She also likes listening to music while working out. She listens to pop, hip hop and R&B. She also enjoys watching reality television.

She is married to actor Chris Evans. They met while filming Captain America: The First Avenger in 2011. They got engaged in 2013 and tied the knot in 2014.

She is a vegan. She has been featured in People Magazine, Us Weekly, OK!, Glamour, Redbook, Shape, Self, Marie Claire, Elle, Cosmopolitan, Vogue, Harper’s Bazaar, Men’s Health, Women’s Health, and many others. She is one of the few celebrities who regularly posts workout photos on Instagram. She is known for being very active on social media platforms. She has a YouTube channel named “Cristin Mcgee”.