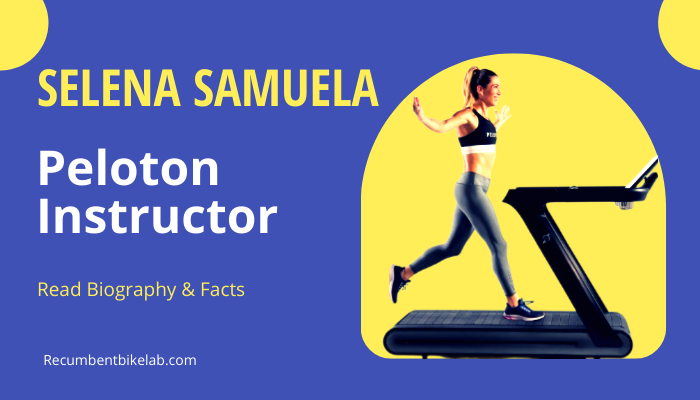 Selena Samuela was born on April 30th, 1982 in Los Angeles, CA. She Pelton is a fitness instructor who has been teaching Pilates since 2001. She started out doing private sessions and then moved into group classes. Her passion for health and wellness led her to become certified in yoga and pilates.

She has taught many styles of exercise including yoga, pilates, barre, boot camp, and cardio kickboxing. She has worked with clients of all ages and abilities. She enjoys helping others achieve their goals and live healthier lifestyles.

Selena Samuel Pelton is a Certified Personal Trainer, Yoga Teacher, Pilates Matwork Specialist, and Barre Instructor. She holds certifications in Pilates, Power Vinyasa Flow, Barre, Boot Camp, Cardio Kickboxing, and Yoga. She has studied under some of the best teachers in the industry such as Kelly Starrett, Jill Miller, and Tracy Anderson.

Selena has been featured in publications such as Shape Magazine, Women’s Health, Fitness, and Prevention. She has appeared on television shows such as Good Morning America, ABC News Live, NBC Nightly News, Fox & Friends, and CNN. She has been interviewed on radio stations such as KGO Radio, 1010 WINS, and CBS New York.

Selena graduated from the University of California Santa Barbara with a Bachelor of Arts degree in Psychology. She went on to earn a Master of Science Degree in Exercise Physiology from San Diego State University. She received her certification in personal training from the National Academy of Sports Medicine in 2000.

What Is Her Family Background?:

Her mother is originally from Hawaii and her father is from England. They met while attending college together. Selena married her husband, John Pelton, in 2008. They have two children together.

She started working out at age 14 after watching her mother lose weight. She began teaching aerobics classes while attending college. After graduating, she worked as a personal trainer before becoming a full time fitness instructor.

What is her Occupation?

She works as a Personal Trainer and Coach at Peloton.

Selena teaches group classes at Peloton studios across the country. She trains clients one-on-one in their homes. Selena believes that everyone should be able to enjoy fitness regardless of their current level of physical activity.

She graduated from the University of California Santa Barbara. She enjoys reading, cooking, traveling, and spending time with family and friends. She lives in Los Angeles, CA. She likes to spend her free time running, biking, hiking, swimming, and playing tennis.